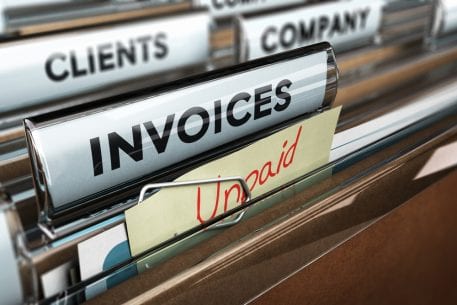 For small businesses, clients and customers who pay late —  or don’t pay at all — cost precious time and money.

As reported by the Associated Press, these clients make owners chase payments and bring in attorneys as well as collection agencies. And small business owners can have an even greater challenge collecting funds from consumers and businesses if the economy soon falters or dips into a recession.

Even so, small business owners are taking proactive steps to guard against late payments. To protect themselves and their cash flows, many owners ask for funds upfront. They also might only accept customers that present a minimum amount of risk. But it might take the experience of having a customer not pay to cause business owners to take proactive measures.

After a retailer wouldn’t pay for a perfume shipment, Marsha Kelly, who has been an owner of businesses, thought “this is never happening again.” Wanting to make the sale, she didn’t concern herself with the payment at the time of the order. “I called, went over there, almost camped out and took back the unsold merchandise,” Kelly told the news wire. “But I never got any money.”

Kelly’s customers now receive a friendly letter or e-mail if they are over a week late. And Kelly said, according to the AP, that “they get a less-friendly email asking for payment” after two weeks.

Kelly is not alone, with the co-owners of The Buzz Agency finding it challenging to get some clients to pay in the early years of their public relations business. They didn’t make their clients pay upfront, and the company was only set up to accept checks for payments. Julie Mullen, the agency’s co-owner told the AP, “When you can’t pay your freelancers because your clients aren’t paying, you’ve got to do something about that.”

And they did: She and co-owner Elizabeth Grace designed a policy that made clients pay the first month’s charge before any work starts. If customers didn’t pay for work completed later in the relationships, they would send past due notices and reminders. Mullen told the AP they would then “personally show up to a place of business and insist we weren’t leaving until payment was in our hand.”

In The United Kingdom

Across the pond, the United Kingdom is making stronger late payment rules. With the Prompt Payment Code, organizations that wish to do business with government departments need to have 95 percent of all supply chain invoices paid within 60 days.

Suppliers that don’t meet this standard could be prevented from gaining contracts with the government, according to reports. The policy was first announced in November last year.

Putting this policy in perspective, Aldermore Group Managing Director for Business Finance Tim Boag said per reports, “This is a huge step in the right direction of finally tackling the issue of late payments, which impacts one in six small businesses across the UK.” According to research from Aldermore, a business experiencing late payments will be owed £34,000 ($42,000) on average.

Even so, days sales outstanding (DSO) in the United States is the lowest out of those regions. The United States averages 37 days DSO compared to 44 in the E.U. and 40 in APAC, indicating that credit terms could be more conservative in the U.S.

According to the report, cash flow concerns are most severe with businesses in the United States that have from 55 to 99 employees. The report also noted that 66 percent of companies with that number of employees note worry or extreme worry when it comes to cash flow.