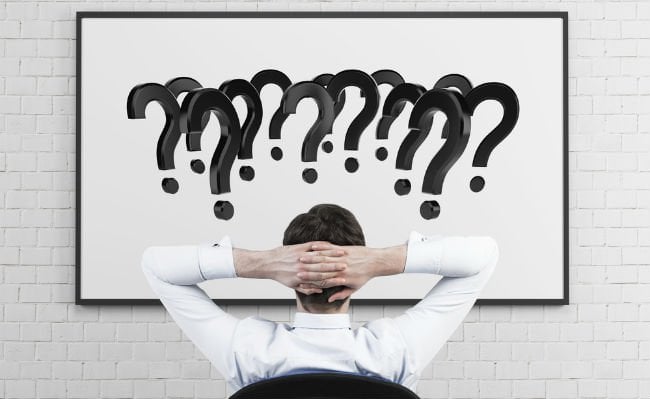 While the difference between a startup and a small business is subjective, it often comes down to the company’s growth goals and revenue forecast. Startups focus on disrupting markets and driving top-line revenue at a fast pace. Small businesses, on the other hand, often set their goals on long-term, stable growth in an existing market.

If you work in the tech industry, you’ve probably heard the term “startup” thrown around a lot. Especially if you live in a tech hub like Silicon Valley, Hong Kong, or New York. You probably even know a few people building their own startup—if you’re not building one yourself!

Despite the fact that hundreds of thousands of new startups are established every year in the US alone, many people still don’t understand the difference between a startup vs small business—and trust me, the two are very different. To distinguish these two organizational entities, let’s take a deeper dive into the definition of a startup.

What is a startup?

For years, investors treated startups as smaller versions of large companies; this was problematic because there is a vast ideological (and organizational) difference between a startup, small business, and large corporation, which necessitates different funding strategies and KPIs.

According to serial entrepreneur and Silicon Valley legend Steve Blank, a startup is a “temporary organization designed to search for a repeatable and scalable business model.” A startup, which he argues in the context of the tech industry (and this conversation) should be short for “scalable startup,” is searching to not only prove their business model but to do so quickly, in a way that will have a significant impact on the current market. Which brings us to our first major difference between a startup vs small business.

A “Scalable” Startup Has The Intent To Become A Large Company

The first real difference between a startup vs small business is really the growth intent behind the business.

As Blank describes it, a scalable startup founder doesn’t just want to be her own boss; she wants to take over the universe. From day one her intent is to grow her startup into a large, disruptive company. She believes that she has come across the next “big idea,” one that will truly shake up the industry, take customers from existing companies or even create a new market.

This stance is in stark contrast with the definition of a small business, which the U.S. Small Business Administration (SBA) describes as “independently owned and operated, organized for profit, and not dominant in its field.”

A small business owner might be starting a business that they believe solves a gap or provides a service within an existing market—one that will provide steady, long-term revenue.

To be sure, the latter is the prevailing model of entrepreneurship in the United States: grocery stores, delis, hair salons, plumbers, electricians, etc. and their contribution to the local economy cannot be overstated. Small businesses (those businesses with fewer than 500 employees) employ over 40 million workers.

However, for better or for worse, the ultimate motivation behind a small business is fundamentally different from that of scalable startup.

A Startup Is Temporary

Another major difference between a startup and a small business? How long it plans to exist.

The organizational function of the startup is to search for a repeatable and scalable business model. According to Blank, this means that a startup founder has three main functions:

Given this definition, it stands that once a business model has been proven the function of the organization must shift to produce outcomes and execute said model; in many cases removing the agility and innovation that once existed in the early days of the business.

A Startup Is Funded Differently

While both a startup and small business will likely start with funding from the founder’s savings, friends and family, or a bank loan; if a startup is successful, it will receive additional series of startup funding from angel investors, venture capitalist, and (if it’s lucky) with an initial public offering (IPO). With each series of funding, the startup founder gives up a piece of her company–this is called equity, and everyone who has it becomes a co-owner of the company.

Eventually, a startup may cease to exist as an independent entity via a merger or business acquisition. To a small business owner, relinquishing control would defeat the purpose of running their own business; however, for the startup it may be necessary to sustain seemingly infinite growth.

Although a startup vs small business are still run by entrepreneurs (small business owners or not); the intent, primary function, and funding of their respective business model’s are radically different. Watch Steve Blank describe the difference further in the video below.

A Startup Assumes a Lot of Risk

A startup is trying to see if their vision of a product or service does indeed disrupt a market. Though lots of research and time go into the pre-launch of a startup, entrepreneurs are essentially making an educated bet that their idea is going to have traction in the market. Oftentimes, it doesn’t. Investing your time and money into a startup is a huge risk.

That’s not to say small business owners don’t assume any risk either. In fact, 20% of small businesses fail in their first year—though small business failure is often a result of cash flow management and funding. But with a small business, there’s less of a risk that the business idea won’t have a fit in the established market.